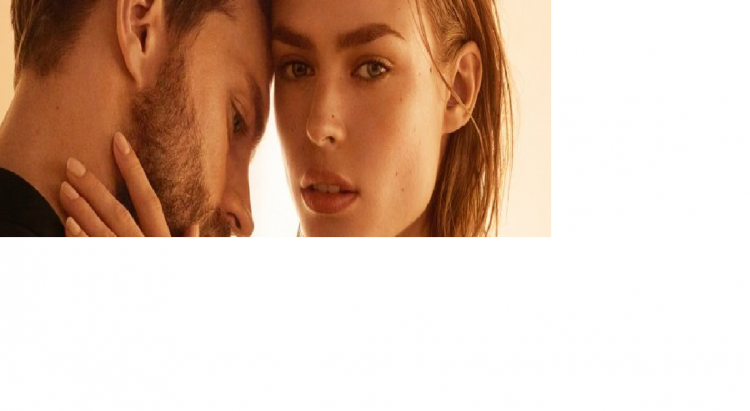 The first impression that a man leaves on a woman is related to the aroma, to the perfume he wears. The olfactory imprint is definitely an unbeatable weapon of seduction, and that is why choosing a perfect masculine perfume is always difficult for men.

Perfume manufacturers are always looking for new essences. A good perfume must be intense, but not annoying, resistant, but not too harsh, and especially to suit the personality of the wearer. When it comes to perfumes, it is good that instead of generously spraying a perfume that is too pungent, to choose a quality aroma, a discreet and fine perfume that will remain memorable for the woman who admires you.

Find out which is the top of the best men’s perfumes of all time, as it is prepared by specialists, but also according to the appreciations of women who have smelled these aromas worn by men.

Eros de Versace is a men’s Aromatic Fougere fragrance. This is a new fragrance, Eros was launched in 2012. The nose behind this fragrance is Aurelien Guichard.

Eros Versace opens in an explosion of lemon, mint and apple. Each top note seems to want to dominate the others, resulting in a strong but sweet scent. There is an herbal element hidden in the background, which manages to cut the astringent quality of citrus. Versace managed to create a perfect example of “transparent” perfumery with the note of green apples.

Madagascar vanilla, then captures the essence, in a powerful way. Mixed with citrus, it feels very sweet, but not very creamy, the overall texture being quite powdery. Eventually, a touch of ozone freshness begins to make its presence felt. Once the smell starts to fade, geranium can smell better.

The perfume reminds, through the mixture between the top, middle and base notes, of the structure of a waterfall whose freshness and strong sound remain imprinted in your mind for a long time. Eros Versace has an intense longevity, flowing harmoniously from the freshness of green apples and lemons in the sweet but intense character of vanilla.

The perfectly sculpted bottle of Eros perfume is just the first clue that attracts our attention, it offers the premises of a solid essence, a reference for the male audience.

The image of the perfume is Brian Shimansky, for his photographic “recital” being responsible Mert & Marcurs, two famous photographers in Hollywood. Donatella Versace was the one who proposed the image of a gladiator hero, of a strong and determined man who overcomes any obstacles to fulfill his mission.

Aventus is the best-selling perfume from the Creed brand and is specially created for strong men who are looking for success.

If we were to do an analysis for “Aventus” we notice that the name is also intended for those who want success and power and Creed Aventus offers you a boost and security – A – “from” and Ventus – “the wind”. What this means? That it is perfect for men who let themselves be driven by the desire for power, fame and always run for success and a well-lived life.

The model of the container is similar to other Creed bottles. Niche houses tend to maintain a fairly uniform design. Creed doesn’t make a difference either. The glass has a good weight, being easy to use and hold. It is slightly sharp, with clear glass elements, combined with black and metal treatments.

The Creed Aventus perfume has in its mixture the spirit of the man whose ambitions in life know no limits. Evoking legendary male figures, whose visions of life and success have changed today’s world, Aventus conveys the thought of long-lost empires, distant lands and exotic ambitions.

What is interesting about Aventus is that, beyond his olfactory personality which is pleasing and attracts all women, he does not want to impress, but wants to create a simple fabric of life. Like life itself, Aventus is illogical, but eventually manages to strike a strange balance, just like the dull everyday.

The vibrant blend of invigorating bergamot with lacy herbs feels like an explosion of energy. This sharp mix is ​​then immersed in a rich floral arrangement, composed of rose petals, jasmine and iris. In these moments, Noir becomes, contrary to its appearances and name, a velvety perfume.

Its sweet finish is another stage of evolution that you can’t predict from the beginning, especially since it develops a few hours later from the first spray of the essence. Here, Olivier quickly draws the oriental curtains of patchouli, leather, smoke, dark amber and sweet bezoin. Against this “Noir” background are sparkles of vanilla and musk, which give a pleasant spot of brightness to the perfume.

Paco Rabanne began his career in fashion, creating jewelry for Givenchy, Dior and Balenciaga and founded his own fashion house in 1966. He was noted for unconventional materials such as metal, paper, plastic and revolutionary models and extravagant. He was the first fashion designer to launch disposable paper dresses, hammered metal suits, knitted fur, aluminum T-shirt, fiberglass and the first to launch a collection of molded clothing.

Paco Rabanne also revolutionized the world of perfume, standing out with his bold debut perfume, Calandre, designed for an active woman and launched in 1968. In 1973, he launched the first aromatic perfume on the market for men, Paco Rabanne pour Homme. Paco Rabanne continues to make waves in perfumery, capturing the hearts of consumers with his bold aromas. Even though he gracefully retired from fashion in 1999, his name is still on the lips of perfume lovers around the world. Paco Rabanne perfumes carry the message of extravagance, combined with luxury and exceptional quality. They are simply original as life itself, as the creative power of the one who gave them their name. The Paco Rabanne brand is created for all those who do not need external rules, do not automatically follow ingrained habits, but look for something exclusive and, at the same time, original.

Paco Rabanne is a pseudonym that brought fame to the man named Francisco Rabaneda Crow. He was born in Spain in 1934 and, during World War II, fled with his family to France, which became his second home. He studied architecture, but found himself permanently in the fashion world. He worked as a designer for famous fashion houses, and in 1966 he founded his own fashion house and salon, which became appreciated due to the unconventional materials he used. For example, Paco Rabanne has successfully presented paper, plastic or metal clothing. Its custom-made models have always had the reputation of the best quality, especially in terms of finishing details.

The Paco Rabanne brand focused on both men’s and women’s perfumes. Carefully separate the inspiration for both sexes and create fresh, sensual aromas, full of vitality and energy. An example is the 1 Million range, which becomes one of the most popular men’s perfumes and, in the Lady Million version, feminine perfumes. amber and sweet spices alternating with those of white flowers and roses. An aroma for energetic and progress-loving men, who consider the exclusive perfume to be a special accessory.

Angelic, seductive and innocent. As difficult to describe as love, perfume avoids any possibility of classification. The only label that would fit her perfectly would be “addiction.” Once you have smelled this lush essence, you will be ready to do anything to get a bottle of the devastating potion called Tobacco – Vanille.

In ancient medical literature, vanilla is described as an aphrodisiac and a remedy for fever. Sniffing this vital essence, the wearer will be surrounded by a completely aphrodisiac scented scent. The feverish sensuality of the rich and creamy vanilla is enveloped in an alluring smell of English tobacco. The imagination immediately takes us to a seductive scenario, that of a woman dressed in cashmere and silk, who is enveloped by the kisses of an invisible lover.

The duet of top notes that opens the essence is strong, masculine, but also mystical, offering a sensual explosion for the olfactory senses. This duet is given by tobacco leaves and lots of oriental spices. The tobacco leaves offer masculinity and emphasize the first name of the perfume from the beginning, and the spices are feminine, spicy and exciting, offering an enigmatic wave over the dark tobacco leaves smell. These spicy tobacco leaves teleport the wearer to an enigmatic oriental atmosphere, suitable for both men and women.

The base notes are a real feast for the olfactory senses, because the sweet and fragrant smell of candied fruits appears with a special warmth, but this does not last long because a hard and dry woody essence begins to take shape, harmoniously balancing the whole essence.

This perfume is suitable for the mature public, who likes to highlight their elegance both by the clothes worn and by the chosen flavors. Designed as a tribute to the black stones found in the depths of the seas and oceans, Profumo is housed in a black bottle that retains the rectangular shape of the original, displaying straight lines and opaque finishes. The ostentatious black offers a strong indication of the basic chords, reflecting at the same time the brutal, pure and intense nature of the black clay, polished by the avalanche of foamy waves.

However, its versatility remains a primary objective for those from Armani, who once again thought of an aroma that suits all seasons, but also every moment of the day. We are also talking about an excellent choice for the office, an occasional party or a meeting.

A true bestseller, this perfume is one of the latest appearances on the list of the most loved of all time. It is addressed to the man who is not afraid to live life to the fullest, who pursues all his dreams and dares to wear a vibrant, strong and extremely sensual olfactory imprint. The warm, woody accords are intertwined with the sweet, gourmet ones (plum and honey) and the fresh ones (ozone), in a perfume that stays in your mind and soul.

Armani Acqua di Gio pour Homme belongs to the category of fresh perfumes. This is a delicate but at the same time refreshing fragrance. Although we should be wondering what a marine note would be and what the smell of water would be like to me, aqueous notes have that strong blue quality. And the Acqua di Gio pour Homme has this blue character, still made of glass.

The perfume also contains some pleasant sweet notes, which fade the strength a little; for me, pure water has a very pungent odor. Notes of blue water, strong and fresh, with sweet accents that add a less abrasive dimension to the smell of pure water. The smell is similar to that of the pool water that enters your nose when you swim. The perfume is in a glass with a simple, curved shape.

The bottle is easy and pleasant to hold, although, due to its width, it does not fit well in my feminine hands. It has a metal cover, easy to handle. As the containers of Giorgio Armani products are similar to each other, both the font on the container and the concept of the glass perfectly fit the Acqua di Gio pour Homme product in this brand.