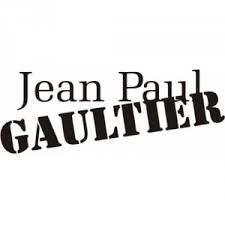 Scandal scented water created by the fashion house Jean Paul Gaultier is chypro-flower. It destroys all clichés, it is modern and intense, but also elegant. The perfume born in June 2017 in collaboration with Puig and called Scandal, is addressed to all strong women and always looking for fun. Spicy, sexy and last but not least outrageous creation – the perfume, the bottle design and the campaign managed to achieve their goal.

A sweet fragrance, ideal for a cool or wonderful evening to wear to a special event. The perfume opens with the unmistakable gardenia that gives it that sensuality from the very beginning. The heart is full of golden honey that comes like a wave rich in beautiful memories. An extra sensuality and freshness is added at the end of the perfume with the intense patchouli. The design of the bottle is impactful through its unconventional lid. Scandal is found in an elegant, transparent, but impactful bottle. Female legs break normal, are sexy and put on “scandal”.

Jean Paul Gaultier, born in 1952, is a French designer who began his career in 1970 as an assistant to Pierre Cardin. Other fashion designers of the time focused on formal wear, but Gaultier focused on street fashion and Popular Couture. In 1990 he created the much-discussed bra-con for Madonna. Its first perfume was launched in 1993 and another in 1995, both becoming popular.

Scandal is so popular that it can even be found in the form of a body lotion. Scandal by Night, So Scandal, Scandal A Paris are related to Scandal also created by Jean Paul Gaultier.

A fantastic, stylish a state of the art for a women’s perfume, which could be in a short period of time one of your period.