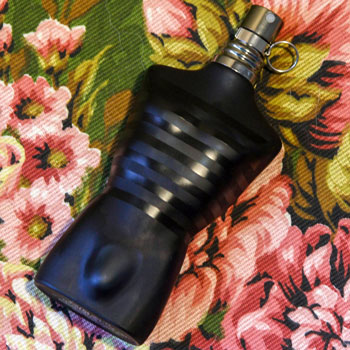 Jean Paul Gaultier Ultra Male Eau de Toilette is designed for the independent, modern and seductive man. Ultra Male is a fresh fragrance and at the same time comes with an intense aroma. Ultra Male by Jean Paul Gaultier is an oriental men’s perfume. The perfume was launched in 2015, and the creator is Francis Kurkdjian. Ultra Male Eau de toilette is a reinterpretation of the popular Le Male from 1995 which was a real success. Constant, intense, seductive and at the same time delicate notes, the Ultra Male perfume envelops you into the sea and easily, easily you get lost in it, it is a spicier version of the original.

The composition of the perfume opens with fresh accents of bergamot, lavender, fresh and juicy aromas of mint, lemon and pear, which create an intense aroma that will not go unnoticed. In the heart of eau de toilette, Ultra Male, a wild and seductive mixture of sage, cumin and cinnamon pepper dominates, a mixture that highlights the masculinity and elegance of the wearer. Gray amber, white cedar, patchouli and vanilla, form the basis of the Ultra Male perfume, thus being a symbol of seduction and refinement. Intense, and full of stimulating aromas for the olfactory sense, Ultra Male Eau de toilette, is the perfect perfume for the man who wants to seduce with elegance, masculinity, but also with delicacy.

Jean Paul Gaultier Ultra Male Intense Eau de toilette is intended for attractive, charismatic and brave men. The composition opens with intense accords of bergamot, lavender, mint, citrus and pear. In the heart notes, sublime motifs of sage, cinnamon and cumin seeds pulsate, and the aromatic base fascinates the receivers with delicate shades of gray, amber, white cedar, patchouli and vanilla, which gives the composition an invigorating accent. Jean Paul Gaultier Le Male has an intense and masculine aroma, suitable for a true gentleman.

Jean Paul Gaultier Ultra Male EDT will conquer you with its luxury aura. It is presented in a bottle with the design of the navy blue uniform with masculine shape. Jean Paul Gaultier, born in 1952, is a French designer who began his career in 1970 as an assistant to Pierre Cardin. Other fashion designers of the time focused on formal wear, but Gaultier focused on street fashion and Popular Couture. In 1990 he created the much-commented bra-con for Madonna. Its first perfume was launched in 1993 and another in 1995, both becoming popular.

The bottle came sealed in a large tin cylinder, pop off the bottom of the tin and these sits the male torso shaped bottle held tightly in place on the inside surface, very well presented.