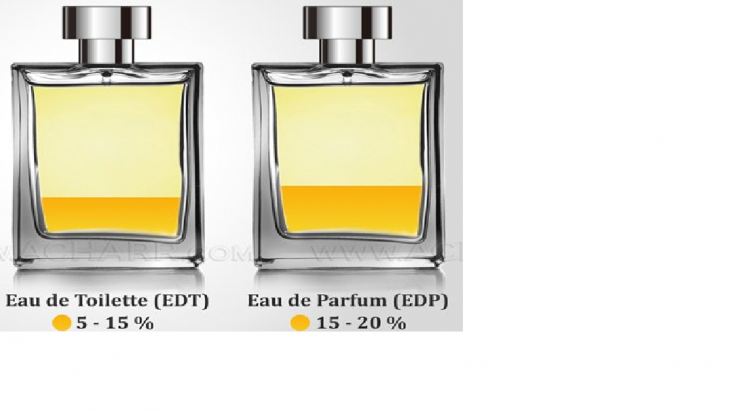 The terms EDT and EDP provide important clues as to the intensity, longevity and, last but not least, the price of the chosen perfume. We will use the generic term “perfume” for the transparent, invisible, beautiful-smelling coat with which we choose to complete our outfit and which says a lot about our personality or at least about the mood we have on a certain day. The major difference between perfume and eau de toilette is mainly due to the concentration of the essence – in practice, EDP is a stronger perfume than EDT, because the concentration of essential oils present in its formula is higher compared to the concentration of alcohol that completes, along with of water, the formula of the perfume. A small difference in aroma can also be felt between the two, given the fact that alcohol influences to a certain extent the way we perceive the smell of the perfume. As eau de toilette contains a lower dose of aromatic oils, its odor fades after only a few hours. The top notes – the first to be released – are dominant, they can be felt as intense immediately after application, but due to the high alcohol content, it evaporates quite quickly from the skin. Eau de toilette is perfect to be worn daily and especially in the warm season, when a more intense version of the aroma can be felt as heavy and tiring not only for those who wear it, but also for those around them. On the other hand, perfume water lasts longer. Unlike EDT, after the top notes of the perfume water have diminished, they are replaced by the middle notes (heart of the perfume, the dominant smell), and then the base notes, warm, persistent, often sweet or woody. Because it is more intense and sophisticated than eau de toilette, EDP is a perfect choice for evenings and cold days. If the smell of a certain perfume has irretrievably conquered you, it would be ideal to buy both variants, in order to enjoy its charm at all times.

For reference, Eau de Parfum contains oil in concentrations of 8% -15% and the smell will last between 3 to 5 hours. Although this type of perfume is quite expensive, its quality and strength are first class.

Eau de Toilette contains oil at a rate of 4% – 8% and the smell will take between 2 and 4 hours. It is perfect for quick application of perfume and then you can reapply.