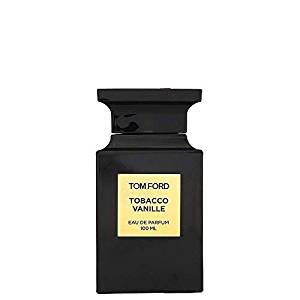 Vanilla is a popular note used in the perfume industry for men. Frankly, I love the way it can add a sweet smoothness when used correctly in scents. Vanilla can be a very seasonal type of note when it is predominately featured in a fragrance and I think it is the best to wear it during the cooler months of the year. Indeed, this scent is absolutely amazing in winter and in the fall or spring when temperatures are pretty low. For the summer I do not recommend so much.

This is a list with, in my opinion the best possible vanilla colognes for men:

Jean Paul Gaultier Le Male Ultra perfume tells the story of an irresistible sailor, this time dressed in a dark blue uniform with black stripes. This is the bottle design of this sweet and aromatic perfume, presented in a metal package that tells the story further. Ultra Male by Jean Paul Gaultier is truly amazing, a very good option for sure. A warm and spicy aroma highlighted with vanilla and pear notes, which gives it a sweet and candy-like edge. Ultra Male it is a vanilla cologne for men, which gives you a fabulous scent. It should be used pretty much all winter. The mint and cinnamon combination adds a very nice spice to the ever sweet arrangement. This JPG scent delivers very good sillage and that is to sue a great deal for any man. Ultra Male is great, and represent an inspired option for a vanilla cologne for men.

Viktor & Rolf Spicebomb Extreme is another fantastic fragrance with a sweet and spicy mix. The scent is a great, spicy scent with a nice and sweet undertone. The scent starts off with a spicy scent, which quickly gets accompanied by a sweet vanilla scent. Yes we say vanilla, so Viktor & Rolf Spicebomb Extreme is a great vanilla cologne for men. The notes of Viktor & Rolf Spicebomb Extreme are lavender, cumin, vanilla, and tobacco. As you probably expect, this fragrance works great during the winter or fall. True, but you can definitely pull this off during the spring as well. You can even wear this fragrance during the summer nights. The sweet, attractive scent will work for you on many occasions. You can wear it casually, but you can also wear it formally, or even to a date which is amazing making this vanilla scent fragrance a versatile one.

Tom Ford Vanilla Fatale is a fragrance with a smoky vanilla scent. Tom Ford Vanille Fatale takes on a more gourmand type fragrance. There is a sweet, vanilla scent, but also a slight coffee vibe in here. Overall, this is an amazing scent a great option for a vanilla cologne for men. There are perfumes which have an almost supernatural evocative power, which tell us stories, immerse us in visions, make us travel in time and space. Tobacco Vanille is one of them.
It seems to me that Tobacco Vanille could be the perfume of this “bizarre deity, dark as nights, / With a scent mixed with musk and havana” that Baudelaire describes in Sed Non Satiata.
Odalisque from the boudoir, its cocoa skin gives off a suave odor, rubbed with vanilla pods coming like it from distant countries. His breath of kisses is loaded with honey and candied fruit. At the bottom of a bowl are still some raisins soaked in alcohol.

Bvlgari Black is a unisex fragrance with a great scent. The scent you’re getting is a mixture of sweet vanilla, leather, musk, and an almost rubbery scent. A magic scent with a fantastic touch of vanilla makes him a fantastic addition, if you want a great vanilla cologne for men.

Tom Ford Tobacco Vanille is a fantastic vanilla fragrance. Yes, the right word is fantastic because it is truly magic. Although the name suggests a tobacco scent as well, you mostly get a deep, rich vanilla scent. The tobacco in this fragrance is more or less boosting this incredible sweet scent. Besides the sweet vanilla scent, you will also detect a hint of fruity notes every now and then. Probably the best option for a vanilla cologne for men.

Created by perfumer Aurelien Guichard de Givadan, Eros is a fresh, woody statement, touched by an oriental shawl. Its lively composition highlights some of the most select ingredients, such as pure peppermint oil, green apple in its prime, but also lemon with Italian origins. For extra warmth and physical closeness, Eros adds to the list of his olfactory symphony two flowers from the distant South American country Venezuela, respectively ambroxan and geranium.
Eros Versace opens with an explosion of lemon, mint and apple. Each top note seems to want to dominate the others, resulting in a strong but sweet scent. There is an herbal element hidden in the background, which manages to cut the astringent quality of citrus. Versace managed to create a perfect example of “transparent” perfumery with the note of green apples.
Madagascar vanilla, then captures the essence, in a powerful way. Mixed with citrus, it feels very sweet, but not very creamy, the overall texture being quite powdery. Eventually, a touch of ozone freshness begins to make its presence felt. Once the smell starts to fade, you can smell the geranium better.
The perfume reminds, through the mixture between the top, middle and base notes, of the structure of a waterfall whose freshness and strong sound remain imprinted in your mind for a long time. Eros Versace has an intense longevity, flowing harmoniously from the freshness of green apples and lemons in the sweet but intense character of vanilla.
Deeply linked to Greek mythology, Versace’s Eros perfume emphasizes masculinity and virility in its purest form. Its purpose is to convey the passion, strength and individualism that resides in every representative of the male audience. I said that Eros is inspired by the ancient times of the Greek lands because it borrows the name of the Greek god of love, the son of Aphrodite. Yes, the Eros perfume from Versace embodies an emblematic aroma for this fashion house. This bottle bringing back to the forefront the immortal symbol of the goddess Medusa – a symbol that the creator Gianni Versace associated with his brand. Representative for the men’s perfume section, Eros was born from the desire to complete the modern man, becoming his most valuable accessory. As stated by Donatella Versace, Eros can be considered the “DNA” of the brand, the genetic code that illustrates the quality and exclusivity of this fashion house.

Christian Dior Sauvage Parfum is a special edition of the Christian Dior House, a variant that accentuates the masculinity of the modern man through a casual projection, but also elegant, deep, but also light. The flanker starts in flower and citrus steps, respectively bergamot and mandarin. The heart is built exclusively on a sandalwood base, and the flanker’s foundation revolves around tonka, olibanum and creamy vanilla accords. Dior Sauvage Parfum shares the same tonka note with Carolina Herrera Bad Boy, another flanker launched in 2019, from where we can conclude that the current editions are designed with a casual and masculine character.
The flanker becomes the perfume – the signature of men with a dynamic life, eager for a lighter style that still highlights them. The hypothesis is supported by the olfactory composition of the Dior Sauvage perfume, an intriguing one that begins slowly, continues linearly, but ends acutely. The bergamot opening contrasts with the Tonka beans at the base of the perfume, but is still optimally orchestrated with the creamy vanilla ribbon that surrounds the base of the projection. In fact, Sauvage crosses a series of olfactory planes on its way to pH, respectively floral, citrus, woody and gourmand. The scent is light, easy to adapt to everyday outfits, but also one that emphasizes and completes the elegant style of the modern man.
The iconic Dior imprint is attached to the 2019 Sauvage edition with fragrant notes that complete a double role. On the one hand, it eliminates an intense and penetrating perfume, but on the other hand it softens and hydrates the projection through fine oils and the impression of creaminess. The most eloquent example is the vanilla accord, which dresses the perfume in a gourmet creaminess, complementing the fougere facet generated by the fresh combination of tangerine with bergamot and elemi accords. Sandalwood also contributes by its penetrating essence to the depth of the smell, while emphasizing its masculine character, introduced by the suggestive name.
Christian Dior Sauvage Parfum is one of the creations of Francois Demachy, an iconic creator in the industry and a faithful collaborator of Dior. His vision is materialized in a perfume completely unique to him; it resembles in elegance the Christian Dior Eau Sauvage flanker, but it is diametrically opposed to the Christian Dior Homme Intense, an iconic perfume, but a little more mature and serious, with a character followed by a penetrating intensity.
Dior Sauvage Perfume is often compared to Chanel Bleu by Chanel, a flanker but not as deep as the 2019 edition of Sauvage. It is almost aquatic, mysterious and unpredictable, thanks to the combination of olfactory plans from beginning to end. An excellent perfume and really very versatile. Fresh, spicy, aromatic, citrus, ideal for every season. It is a very easy to understand flanker, difficult to dislike and a statement for Dior House. The architecture of the perfume is not as original, but it offers through a practical container, beautifully outlined in a wild chromatic.