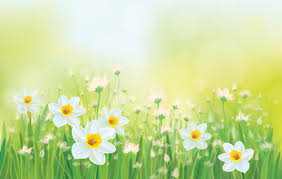 One of the most popular groups of notes is “white flowers”. The aroma profile is easy to recognize and understand: light, luxurious, lively, narcotic and fragrant. Not all white flowers are part of this profile (for example, lily of the valley is classified as a “green” scent), the presence in the group being conditioned by a crystalline chemical compound called indole. Indole was discovered when, when treating indigo with an oleic compound, something with an interesting smell resulted, later called ind-ol. Chemically, indole is an aromatic heterocyclic organic compound, which contains a six-atom benzene ring, glued to a pyrrole ring containing five nitrogen atoms (don’t worry, we’ll clarify immediately); thus, compounds containing an “indole ring” (sequence of molecules) are appropriately referred to as “indoles”. Indole is often used as a scapegoat for heavy odors, but the truth is a little more benign although, yes, indoles are weird. As proof that it is not so bad, let us take the fact that indoles have escaped, in chemistry, with a neutral name; on the other hand, we have cadaverine, putrescine (for the stench of garbage), skatole means shit) or butyric acid (the smell of ranced butter). The nature is difficult to describe; it has a strange, fleshy, sweet smell, a little rotten; many describe it as “the smell of moths”, decrepit, organic, juicy, fermented, fragrant, fecal… in a way, an olfactory signature of the concept of Eros & Thanatos. It is interesting to note that a common derivative is the amino acid tryptophan, a precursor of serotonin, a sedative of human neurotransmitters essential in human anatomy. Maybe, somewhere, white flowers have their meaning deeper than as a classic ingredient in universal perfumery. Well, unlike many of the flowers in the botanical kingdom, white flowers do not have the aesthetic appeal of colored petals to attract insects to help pollinate them, so they use another weapon: the smell. White flowers have some of the most fiery and complex scents and, as you can imagine, these strong scents can be combined in a variety of fascinating ways, resulting in bold and beautiful scents that often feel voluptuous and exotic.

Flora Gorgeous Gardenia eau de toilette, launched in 2012 by the famous Gucci brand, is intended for elegant, refined and attractive women. Each scent of the perfume envelops you with the sublime scent of summer, the sweetness of ripe fruit and the delicacy of flowers. This unique perfume outlines the unique style and complex personality of the modern woman. The top of the fragrant pyramid fascinates with fruity accords of pears and berries, which delight your senses. The sublime accents of gardenia and plumeria, which fuse in the notes of the heart, awaken in every woman the fire of passion, giving her an extra sensuality. And the patchouli accords end the fragrant route with a memorable aroma. Flora by Gucci Gorgeous Gardenia is a floral-fruity fragrance, perfect for special days as well as regulars.

Named after the Hermes store in Paris, 24 Faubourg is one of those blends that exudes an image of absolute luxury. A slender figure, which is surrounded by silky scarves and expensive bags. Although the excess of good taste can be as unhappy as its lack, Hermes 24 Faubourg is a fragrance that avoids clichés. Thus, he tones his olfactory pyramid with a citrus juice, made of bergamot and orange, in order to later be dominated by the dryness of a floral bouquet covered with patchouli. The radiant and sensual amber, which permeates many other perfumes of the creator Maurice Roucel, is more than evident in 24 Faubourg. launched in 1995, Hermes Faubourg is one of the few perfumes whose names had as a starting point an iconic address. It was preceded or followed by essences such as Balenciaga Le Dix or Chanel 31 Rue Cambon. Although the official list of ingredients is enriched with orange blossom, jasmine, tiara, ylang ylang, patchouli, vanilla, amber and sandalwood, these are just a few chords that outline the full body of the 24 Faubourg essence. If we had only a few words to characterize it, we would have said that Faubourg is an orange flower, whose voluptuous figure can be seen through a dense amber curtain. Indeed, although the perfume has a core full of flowers, covered in turn with hints of spices, the main character remains the orange flower. To wrap its wearer with a warm veil, the floral bouquet is placed on a comfortable bed of sandalwood, amber, musk and moss. Instead of a pale, orange and dull flower, we have in front of us a cake covered with orange marzipan, woven on the edges with white flowers and honey curls. In 24, Faubourg, Roucel starts from a classic floral arrangement – the orange flower – which he embraces with ingredients collected from the oriental landscape. How? Just like the creation of Histoires de Parfume Tuberose 3 L`Animale with tuberose, but also Parfums de Nicolai in Le Temps d`Une Fete with narcissus, but in a more reserved way. Faubourg is a rich and full fragrance, but not strong. He is welcoming, almost like a motherly caress, but at the same time he also highlights his patrician temperament. One of Princess Diana’s trusted people said that 24 Faubourg de la Hermes was one of her favorite perfumes, which does not surprise us because the beauty of this olfactory creation is just as tempting and malleable.

Ambre Royal is a popular perfume by Ormonde Jayne for women and men and was released in 2016. The scent is spicy-floral. The longevity is above-average. Smells very sophisticated at the same time complex. It’s definitely not your classic Amber. Not at all. Its more of a floral amber with a decent dose of Ambroxan and it has kind of peach or an apricot like aroma which definitely comes from the Osmanthus which gives this scent a leathery/ fruity.